Stefan Meretz strode onto the stage, eyes blazing, promising fire and brimstone. Channelling the revolutionary power of his medieval countryman, Martin Luther, Stefan proceeded to nail his iconoclastic theses to the door of the Elevate church.

Except that he was using PowerPoint*. And there were only ten. And they were all in German and all about the economy of which I know nothing. But I imagine that medieval journalists in Britain had a similar problem with good old Martin Luthur and his Catholic nonsense, so I’ll press on regardless. END_OF_DOCUMENT_TOKEN_TO_BE_REPLACED 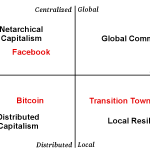 A talk of Michel Bauwens at QuiShare Conference on four Scenarios for P2P developments. Click on the small righthand image, to view the table Michel is showing in his talk, which you cannot read very well in the movie. 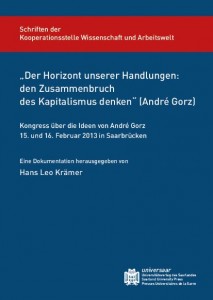 END_OF_DOCUMENT_TOKEN_TO_BE_REPLACED

Re/production used to be a burden which kept countless people busy for most of their lives. No longer. It has become a relatively easy and mostly pleasant affair, not least because of our reliance on mesh networks. Decentralized mesh networks allow everyone to participate. They are organized in ways that avoid asymmetric dependencies and ensure that nobody can acquire a specifically privileged position.

END_OF_DOCUMENT_TOKEN_TO_BE_REPLACED

[This text was first published in German in a collection on utopian thinking and social emancipation edited by the Berlin jour fixe initiative. “The most tangible utopia of this volume,” the editors write. “Christian Siefkes gives his voice to somebody who lives in a not-too-distant future, where the ideas of commons-based peer production have spread beyond the Internet to re-organize production and reproduction in all areas of life on the basis of decentralized, non-hierarchical, voluntary self-organization.” Technologically, not much utopian thinking was needed – all the technologies I describe already exist today, if sometimes in more basic forms. The social changes, however, are radical. License: CC-BY-SA. You can also read the complete article as PDF or EPUB.]

We produce in the kitchen or in the bathroom. Most people have some fabrication bots at home. The popular 3D printer/mill combines a 3D printer with a computer-controlled milling machine. 3D printers produce three-dimensional objects by printing multiple layers of bioplastics, metal, or ceramic on top of each other, until the desired object is complete. Within several hours, typical home 3D printers can print objects up to 50 by 40 by 30 centimeters large. That’s big enough to print most durable households items, whether crockery, cutlery, games and toys, or tools. Electrical and electronic appliances are made in the same way, except for the actual electric or lighting elements. It’s also common to print replacement parts if something breaks down or doesn’t fit.