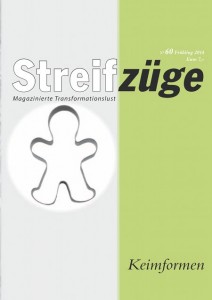 [Part 5 of 5 of the essay »Anti-economics and Anti-politics« by Robert Kurz, published under CC by-nc-sa]

One would have to be pretty naïve to assume that a new social movement, under the impact of the crisis, would immediately commence with a radical critique of the commodity production system. It is, rather, more likely that such a perspective can only be mediated by a public debate and by conceptual discussions in the midst of the social struggles and conflicts themselves. One does not start from zero, however. In societies in crisis, there are diverse initiatives for a “cheap economy” which, however, are still in the infant stage. These hardly do justice to a kind of reproduction “that transcends the market and the State”, since in most cases they rely on State (municipal) subsidies or else are restricted to creating enterprises based on the most basic developmental forms of the market and the State.

END_OF_DOCUMENT_TOKEN_TO_BE_REPLACED

[Part 4 of 5 of the essay »Anti-economics and Anti-politics« by Robert Kurz, published under CC by-nc-sa]

So how is a “natural microelectronic economy” possible as an embryonic form? The difficulty consists in the fact that the capitalist form of the functional division of society, as in the case of the capitalist structure of use value, cannot be assimilated, without alterations, into an emancipatory reproduction. The personnel of an enterprise which, for example, produces ships, cannot emancipate themselves, such as they are, from the social form of value. Since they do not consume the ships and cannot satisfy their own needs with the means of production of their enterprise, and since, at the same time, the specific production of their enterprise is incorporated into a capitalist system of division of labor, they remain dependent on the production of commodities, with all the familiar social consequences.

END_OF_DOCUMENT_TOKEN_TO_BE_REPLACED

[Part 3 of 5 of the essay »Anti-economics and Anti-politics« by Robert Kurz, published under CC by-nc-sa]

The modified or “superseded” notion of the productive forces and its connection to the relations of production is obviously the precondition for solving the real problem: the supersession of the form of fetishistic value in social relations. On this point it is also necessary, first of all, to bridge the gap between the reductive conceptions, immanent to the system, of the Marxism of the workers movement and that of the alternative movement or the cooperatives. As in the question of the productive forces, we see these movements evincing a speculative and complementary attachment to fetishistic structures. Both political Marxism and the alternative movement reduce their goal to a critique and a supersession of private property in the means of production, although in different ways. When, however, one speaks of the institution, “private property”, it is clear that one is dealing with a moment of the commodity production system, i.e., of its juridical form. It is thus clear that this moment cannot be overcome alone, without overcoming the other moments of the value form and even the latter itself as such. The attempt to eliminate private property in the means of production and at the same time to maintain the forms of mediation of the commodity and money, can only lead to social paradoxes.

END_OF_DOCUMENT_TOKEN_TO_BE_REPLACED

[Part 2 of 5 of the essay »Anti-economics and Anti-politics« by Robert Kurz, published under CC by-nc-sa]

If we are not to allow ourselves to be confused by the past, we have to attempt to elaborate socioeconomic definitions of an embryonic form, beyond commodity production, at the current level of socialization, without falling into a vulgar practicality. It is thus not by any means a matter of direct plans of action (which can only be developed, furthermore, within the context of a social movement), but of theoretical and practical reflections to concretize the critique of value. The question of the embryonic form of a reproduction no longer mediated by monetary and commercial relations has to be approached historically, analytically and theoretically.

END_OF_DOCUMENT_TOKEN_TO_BE_REPLACED

[Part 1 of 5 of the essay »Anti-economics and Anti-politics« by Robert Kurz, published under CC by-nc-sa]

The misery of the radical critique of the commodity production system, that is, of a “mode of production based on value” (Marx), appears to reside in the fact that it is incapable of representing a historical praxis (not to be confused with just any little practical activity), of taking the initiative, of finding a way out and heralding a common mass consciousness, and is thus condemned to an esoteric existence, confined to socially remote domains of purely theoretical reflection or even philosophical speculation, and ultimately to a gradual descent into an eccentric sectarian existence. Even if an emancipatory socialization eliminating fetishistic forms of the commodity and money were possible—it would still be a book sealed with seven seals for this form of critique.

END_OF_DOCUMENT_TOKEN_TO_BE_REPLACED 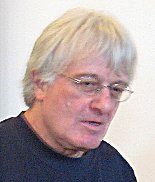