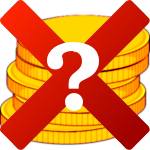 Recently a companera asked me, if it really is such a good idea to start from abolishing money, since it seems to enhance freedom and quality of life especially for the most poor of us. I thought about it for a while and than answered that I do not see evidence for that.

Actually, I would say, things are getting increasingly worse particularly because of monetary relations.

You can differentiative two kinds of social dynamics in capitalism: (1) disintegration through money relations (competition, precariousness), (2) integration through the capital relation and its accumulation (wage labour, social infrastructure, the welfare state). If tendency number 1 is not counterbalanced by tendency number 2, than disaster is the immediate outcome: that is the misery in Africa. You can name it „markets (almost) without capital“. It is the famous „non capitalist market economy“ what you actually find there.

Traditional reciprocal relations (which were to a considerable extent — not entirely — also relations of social dominance) erode and a capitalist type of cohesion of social life does not appear, since wage labour does not play a decisive role in most of subsaharian Africa.

I think, when striving to overcome money we struggle for three things: (1) protection of subsistence and commons where they still exist (still, in Africa) from capital and commodification, (2) degrowth of the capital relation (which will not be an entirely voluntary process), (3) building an alternative, which will look (very?) different in the North and in the different parts of the South.

Of course one could still call for a basic income for all, but I see demands based on money more as strategic demands with limited merits. And it seems doubtful that there is any political strategy which could be applied without taking into account specific contexts. For instance — I unfortunately have to confess — focusing on basic income possibly will not do much good in Africa, precisely because (1) transfer payments would have partly to rely on capital prospering in the North, which is no solution and option at all and (2) commodification is just the prelude to full fledged capitalism, in my view.

Considering the question of strategy in more general terms, one must conclude that the conception of „the alternative“ to the market economy and capital as a global blueprint is actually based on a gross misconception of the complexities of our world. One gets very sceptical about any „model solution“ when observing how different social relations on this planet really are (despite the homogenizing force of capitalism, and sometimes because of it).

In this respect, it is interesting to study actual struggles peasants fought, i.e. in Tanzania. The history of peasant struggles and the alternatives they tried to create are hardly known even in development circles. For instance in Tanzania, there was at least one movement of peasants (the Ruvuma Development Association, RDA), which combined self-determined „development“ with a struggle against authorities in order to take control of their lives. This association was crushed by the „socialist“ state in 1969.

The RDA is seldomly discussed in the literature on „African socialism“ which president Julius Nyerere turned into the ideology of the single party state. It was profoundly analyzed by Michael Jennings in „Surrogates of the State„.  Descriptions are also to be found online.

A further example on a much bigger scale are the peasant movements that tried to capture the development policy of the state after 1961 (the date of independence). In this period, peasants actually tried to seize the policy of the postcolonial state by engaging in a countrywide self-determined construction of social facilities, roads etc. — at that time such projects were often granted money by a state that feared to loose legitimacy that was built on high expectations of rising living standards. Peasants achieved a lot of „development“ (in a traditional sense), but quite soon the state cut off support, simply because this would have been „development from below“ and as such destroyed the capacity of the state to direct social developments or — at least — the disbursement of its budget. These events are hardly ever studied in any detail and we owe again Michael Jennings a valuable study published in the Journal of  Modern African Studies in 2003 („‚WeMust RunWhile OthersWalk‘: popular participation and development crisis inTanzania, 1961-9“).

People at the grassroots level actively engaged the political process: by undertaking informal self-help activities, the construction of schools and dispensaries not contained in the development plan, they sought to mobilise funds for the local community. Self-help was more than provision of unskilled labour to provide the infrastructure demanded by the administrative and political officials. It was a chance for the people to dictate the pace and form of development at the local level. Self-help was an engagement in a political process, albeit in a position of weakness, in which the goal was to secure resource allocation to the area in competition with other areas.

It was a relatively successful strategy to adopt with a government determined to maintain the support of its rural constituency, and equally determined that independence should bring the benefits of development to the peasantry. For Nyerere’s government, leaving a school without a teacher, or a dispensary without drugs or a nurse, was unacceptable for both political and moral reasons.

For a short period, the Tanzanian peasantry in many parts of the nation were able to exercise a degree of control over the development process, a level of control about which the central state became increasingly concerned. The course of this policy over the 1960s was of critical importance in shaping the relationship of the state to the peasantry, and in the rise of the impulses that would lead to the establishment of statism by 1969.

Maybe it is noticeable that none of these movements did abstain from money. The RDA used development funds, and peasants who built up infrastructures after 1961 in an impressive effort of (largely unpaid) self-help hoped to get support by the state in the end. Yet money was not the first target and state support was seen as an added resource, which people tried to mobilize to realize their own notion of „development“. The success of the peasants in their struggle for independence raised the expectations of quickly improving their living conditions — and this was a critical psychological resource for the scale of self-help that took place in the early 1960s.

In the case of the RDA, it was self-determination which peasants fought for: to produce more food for own consumption, to build up knowledge with teachers that trained themselves and came from the community and so forth. The RDA also wanted to act as a countrywide model for self-determined „development“, which possibly was the reason why the state confiscated its property, dispersed its activists and stopped the project. Indeed, Nyerere developed his notion of „African socialism“ taking the RDA as a best practice example. But there were also other forces in government, which proved stronger in the end, and we generally may doubt that a state-led policy of „socialism“ would ever be able to scale up what initiatives such as the RDA achieved locally and could have spread by leading through example, encouraging self-organization, networking and collective action of the peasants themselves.

Also in the case of the broad scale movement of self-help in the years immediately after independence peasants wanted concrete improvements, not money in the first place. Analysing their projects at the time they viewed social services (dispensaries, schools, clinics, community centers) and roads as progress and achieved quite a bit of it even without state support.

We do not know which trajectory such movements would have taken, if the state had abstained to intervene. Maybe a demonetized structure of collective facilities would have been constructed. At least such a process would have been feasible.

It is a bitter irony, that neither social services nor roads have been developed much further in Tanzania after 50 years of top down „development“ that ensued after the state had repressed self-organized movements and planted itself effectively at the village level in the course of the massive forced resettlement campaign in the 1970s. Neoliberal adjustment since the 1980s brutally drove down the standard of living , and the increasing commodification of social relations seems to undermine resources of solidarity and egalitarian collectivity that would be crucial for any perspective of demonetized well-being.